The so-called Itxurain, Alkiza uztartzen (Itxurain, uniting Alkiza) initiative has led to several projects in the village in recent years, in order to recover jobs, tasks and routines that were still common in the last century but that have disappeared today. In this context, recovery means that people sometime engaged in those activities, and still able to perform them, can teach younger people; besides, it means also documenting how these activities were carried on, by means of interviews, recordings, videos, photos, etc.

In these projects we seek people's participation, and we can say that important numbers of people have taken part, one way or another, in those carried out so far; another important factor in the projects is school's participation: schoolchildren become protagonists, working on activity-related texts, learning bertsoak and old sayings, making handicrafts, and participating directly in the activities.

Following are the projects realized so far:

You can see here some photographs taken in these projects, as they were shown in the exhibitions made at the time in the Cultural Centre of Alkiza. 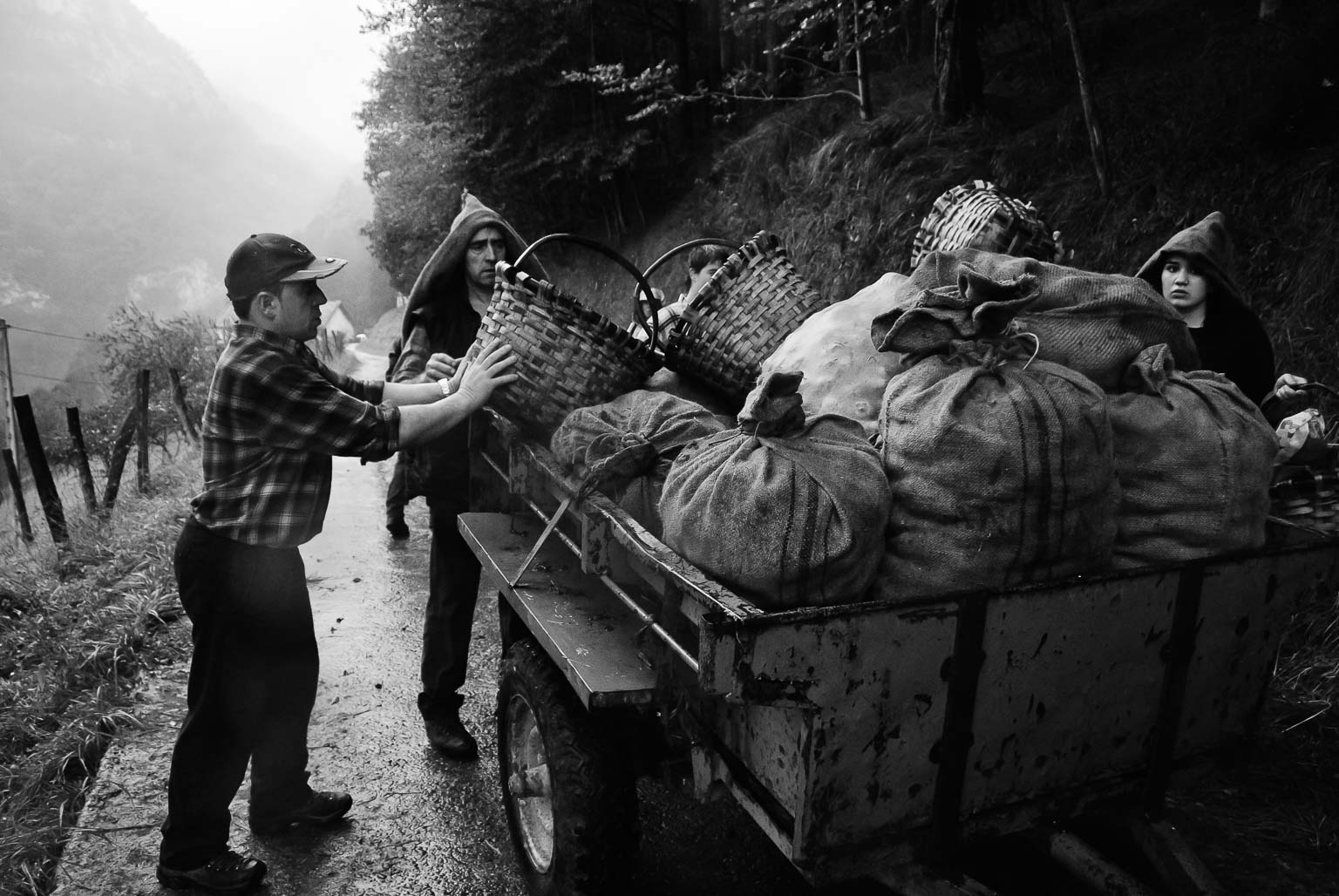 Exhibition shown in the Cultural Centre of Alkiza, from 9th to 11th September 2011.

Apples, cider... it is well known that they are of great importance since centuries in the Basque Country.

Exhibition shown in the Cultural Centre of Alkiza in the autumn of 2009.

...Oxen, scythes, rakes, car, sled... tools so frequent until very recently in our forests and grasslands were used to lift this fern stack at Lete in Alkiza... 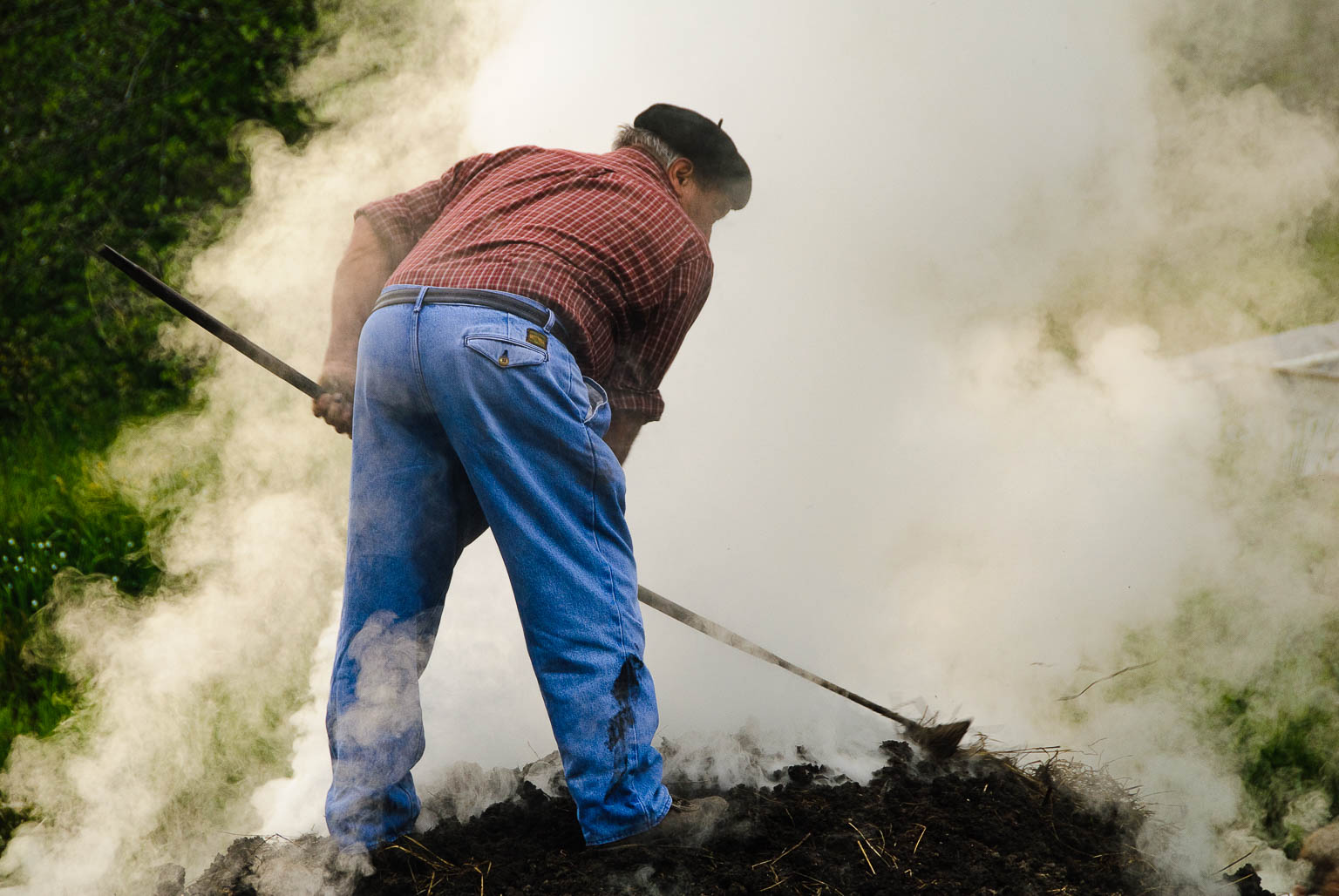 Exhibition shown in the Cultural Centre of Alkiza in the spring of 2009.

...Charcoal makers will not be seen any longer in the mountains of the Basque Country, unless for photos. Although there are still in our villages competent charcoal makers, able to lift a kiln, fire it, and keep it alive and smoky for days, charcoal making, like many other professions, will appear in the list of jobs lost in the 20th century in history books. With these pictures we would like to avoid those activities --and that living, in some way-- to be completely forgotten. 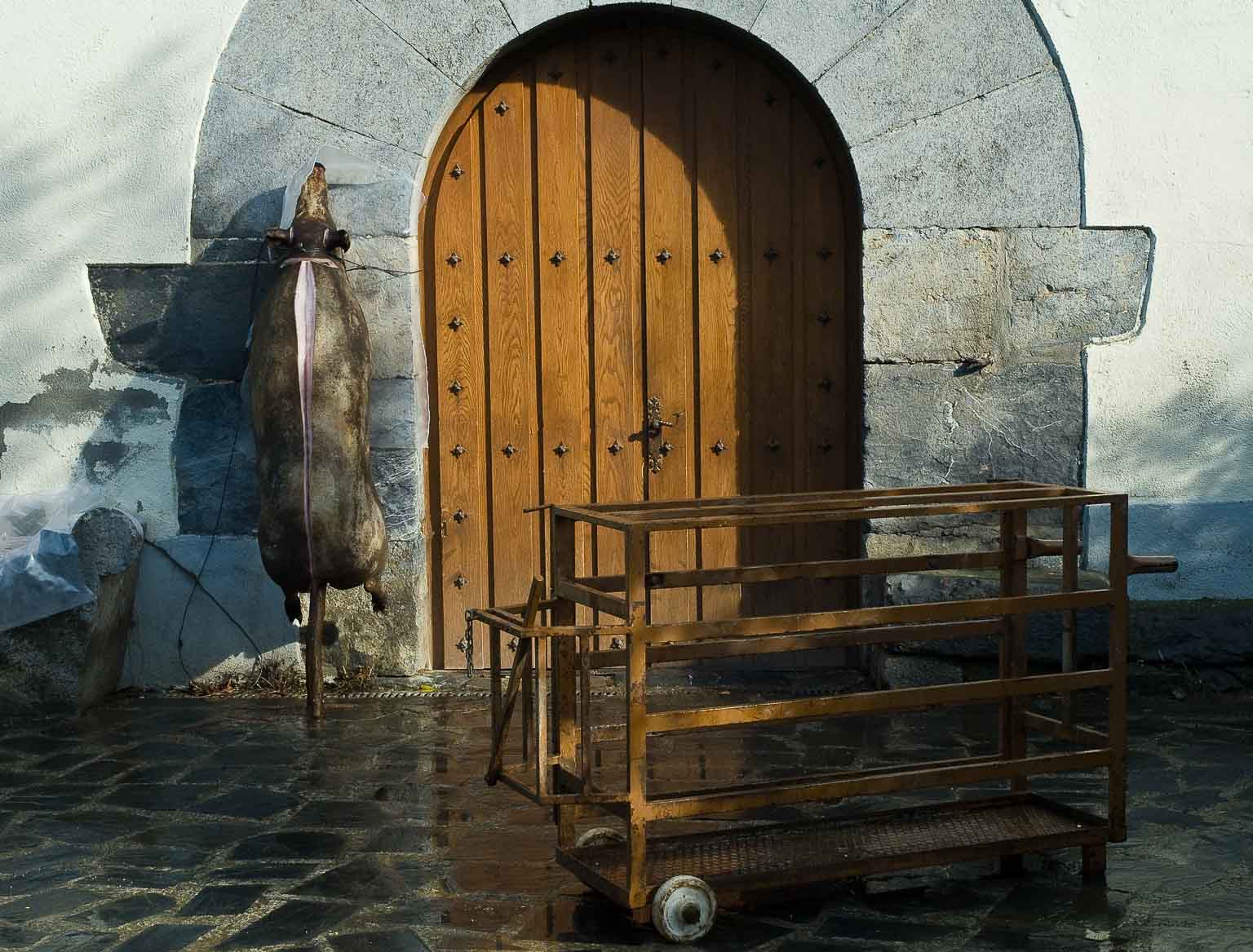 Exhibition shown in the Cultural Centre of Alkiza in November 2008.

Pig slaughtering in Alkiza, in November 2008: the pig, raised and fed at Aranguren, was slaughtered in "beheko plaza", the village square; black pudding, chorizo, and so on were made at Peru house; in the end, a popular lunch took place at the pelota court.